Australian DJ Ruby Rose came under fire after claiming she had a fling with X Factor judge Demi Lovato. Rose went on Twitter to reveal she had ‘slept’ with Demi in the past. After the rumor spread on Twitter, Rose tweeted, “Think i’ll take a few days off social media while @ddlovato’s friend attack me for being a ‘scorned ex-lover.” And then wrote on Instagram that she was “the one person demi has slept with that didn’t sell naked photos of her.” The tweets have since been deleted.

Rose later decided to address the issue on Twitter, “Listen, im in no way shocked or offended by the shade im getting from people who have simply cropped my reply to what actually started this. However I in no way initiated this, nor did I say something that wasnt already written in the ridiculous post. One sided replies dont cut it However, love and peace to everyone. It is what is it. Remember it doesn’t really matter what people think. Its what you know that counts.”

Its funny how Demi was just featured on Glee playing a lebian love interest for Naya Rivera’s character, Santana…coincidence? 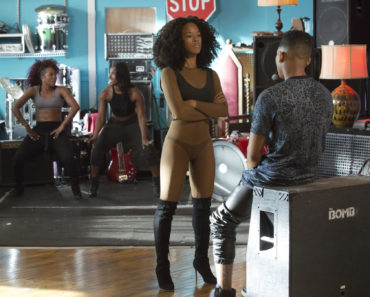