Leonardo DiCaprio may have a girlfriend, Bar Refaeli but that didn’t stop Blake Lively from flirting with the actor. The two were spotted talking close together and flirting at Jeremy Renner’s 40th birthday party. They did not leav together!

According to the Page Six,

Has Blake Lively set her sights on Leonardo DiCaprio? The newly single “Gossip Girl” star was spotted flirting with DiCaprio at “Hurt Locker” star Jeremy Renner’s birthday at his house in The Hills on Saturday night. A spy told us, “They were on the balcony together for an hour. They were standing close in a corner and looked like there was a lot of flirting. Later, they were together again by the bar.” There was no sign of DiCaprio’s model girlfriend, Bar Refaeli, who was believed to be working. But a pal told us he and Lively “are just friends and Leo left with Kevin Connolly.” Others who joined the dancing and mingled in the house and on the terrace included Colin Farrell, Charlize Theron, Scarlett Johansson and Christina Aguilera, who was spotted looking a little wobbly and was helped out by boyfriend Matt Rutler. DiCaprio’s rep declined to comment. Reps for Lively and Aguilera didn’t get back to us. 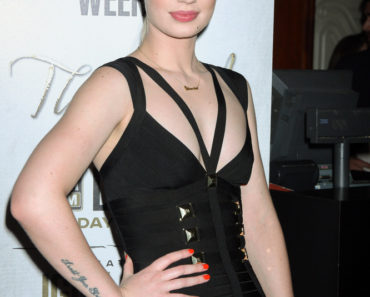