Bristol Palin is a little upset at Margaret Cho these days…Margaret took to her blog and said that Bristol did DWTS because her mother made her because she feel she lost the election because of Bristol and her pregnancy. Bristol found about Margaret’s claims and went to her blog and not only did she deny that but she…threw out a little lesbian reference at Margaret! OoOoo, Fight, Fight, Fight ( like an after school kid fight).

Bristol Palin is firing back at Margaret Cho, after the comedienne and fellow ‘Dancing With the Stars’ contestant claimed Sarah Palin made her daughter appear on the show.

“I will give my friend credit for creativity, and extra points for getting so many ‘facts’ wrong in so few sentences,” Bristol wrote on her Facebook page.

“Let me be blunt: my mom did not ‘force’ me to go on ‘DWTS.’ She did not ask me either. The show approached me. I thought about it. I made the decision,” she continued.

“It saddens me that people would think that my mom would ‘blame’ me for anything that occurred in the 2008 election–much less ‘harshly” and “openly.’ I think that canard (there, I said it again), has been floating around since then also,” she added.

Bristol decided to speak up because she wants to defend her mother.

“Why do I want to set the record straight? Because it is this type of hurtful and false narrative that people promote to make my mom look bad. For 20 years my mom had my back–and for the rest of my life I will have hers.”

The teen mom also invited Cho to speak to her directly. “If you ever have a question, call me girlfriend. Don’t ever rely on “sources” who claim to know me or my family. You will be taken every time.”

Palin even took a shot at Margaret’s politics. “If you understood that commonsense conservative values supports the right of individuals like you, like all of us, to live our lives with less government interference and more independence, you would embrace us faster than KD Lang at an Indigo Girls concert.

On Nov. 29, Cho blogged about a rumor that Bristol was only competing in the reality TV dance competition because her mom pushed her into it so she could score political points for a possible White House run.

“Sarah supposedly blames Bristol harshly and openly (in the circles that I heard it from) for not winning the [2008] election, and so she told Bristol she ‘owed’ it to her to do ‘DWTS’ so that ‘America would fall in love with her again’ and make it possible for Sarah Palin to run in 2012 with America behind her all the way,” Cho wrote.

Who do you believe? 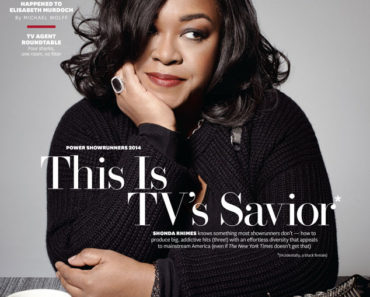