The man who accused Elmo puppeteer, Kevin Clash of an underage sexual relationship has been revealed to be wannabe model, Sheldon Stephens according to The Smoking Gun and he has a rap sheet that includes several arrests for armed robbery, writing bad checks and reckless driving.

The man who accused Elmo Muppeteer Kevin Clash of having sex with him when he was underage has been identified as a wannabe model with multiple prior arrests — including one for a knifepoint robbery, according to a report.

The accuser, identified by the Smoking Gun web site as Sheldon Stephens, contacted Clash’s bosses at “Sesame Street” to claim he had sex with Clash when he was 16 years old.

Stephens, 24, quickly recanted Tuesday, one day after the allegations became public and Clash, 52, was forced to take a leave of absence from the beloved childhood program.

TMZ reported Stephens released the statement after lawyers for him and Clash began discussions on a possible “six-figure” financial settlement.

Clash, a divorced dad who lives on the Upper West Side, e-mailed Stephens in either 2010 or 2011 and apologized for not being able to keep his mind off the much younger man.

“I’m sorry that I keep talking to you about sex with you, it’s driving me insane,” Clash wrote, according to TMZ.

Stephens, of Harrisburg, Pa., lived in Brooklyn from 2007 to 2008 when, according to his résumé obtained by the Smoking Gun, he was an intern at Blowback Productions in Chelsea.

On his Facebook page, Stephens says, “I like to consider myself a rare breed. I’m very spontaneous and random…I’m determined and goal oriented. My destiny is laid on a solid gold brick pathway … MY FUTURE IS BRIGHT and never will it dim.”

But Stephens’ past includes an arrest for allegedly robbing a former boss of a $250,000 gold necklace at knifepoint in 2009, according to the Smoking Gun.

Stephens allegedly ripped off the jewelry in California from music manager Darian Pollard after being fired from his internship.

Stephens was taken into custody after returning to Pennsylvania, but California authorities never pursued the case. the Smoking Gun reported.

Stephens, whose modeling Web site lists him as single, also has been arrested for passing a bad check, and reckless driving.

His mother, Felicia Stephens, 48, was busted in 2011 for allegedly stabbing her husband with scissors.

Felicia, charged with attempted murder, is free on bail pending trial in Pennsylvania.

Sheldon stood by his mother, telling the Harrisburg Patriot News, “My mom is the nicest person in the world.” 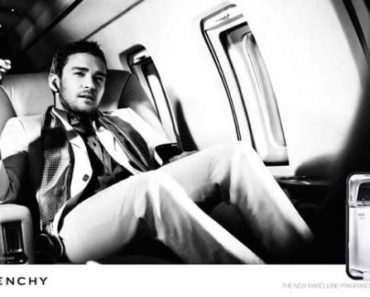