Home
Celebrities
Fantasia Says Her Overdose Was Not An Accident!
Prev Article Next Article

Fantasia is breaking her silence about the day she attempted to commit suicide…( a few weeksÂ ago) and she says she knew what she was doing…she took a whole bottle of pills, but she just wanted out! This sounds very sad, but at the same time she was spotted doing her reality show a few days later…trying to killÂ yourselfÂ is a big deal…she should have went to therapy not to film a reality show!

“I didn’t have any fight in me. I didn’t care about anything. I just wanted out,” the American Idol winner, 26, tells VH1 in a new Behind the Music interview, airing 9 p.m. ET/PT Tuesday, the same day her new album, Back to Me, is released. “At that moment, I wanted out. I wanted it to be over with â€“ all of it, all of that [expletive].”

She continues: “I just sat in the closet and looked at the mirror and took all the pills in the bottle. I wanted to go to sleep and just be at peace. I knew exactly what I was doing. You can’t accidentally take a whole bottle of pills.”

Barrino’s manager, Brian Dickens, recalls finding her lying on the floor in her room. “Her emotions were extremely low,” he says. “She’d been crying all day. Fantasia was just numb. Fantasia texted me, saying ‘I love you.’ I wrote back, ‘I love you more.’ Then it hit me.”

“I wrote, ‘You better not do anything or think about doing anything stupid.’ And I left it at that. About 10 minutes later, Fantasia texted me back, and she said, ‘Already did.’ I went into Fantasia’s room and saw her on the floor, and my heart just dropped.”

What made the successful singer, who’s preparing to release her third album, want to end her life? “I was tired of people doing me wrong, constantly, over and over again, dealing with my family â€“ my father, dealing with men and their [expletive] â€“ I was tired,” she says. “My head was hurting me. I was over it.”

To complicate matters even more, Barrino is now being threatened with a lawsuit by Paula Cook, the wife of Antwaun Cook, with whom Fantasia had been having an affair.

“When I met him, he was separated … wasn’t living in his home. He didn’t want to be back with his wife â€“ that is what I was told,” Barrino says. “I remember waking up in the hospital [and thinking], ‘It didn’t work, I’m still here in this hellhole. Still here with all this drama going on.’ ”

Ultimately, the singer says the saving grace was her nurse. “My nurse Melanie was a blessing into my life because she didn’t tell me what I wanted to hear,” she says. “She told me what I needed to hear. And she looked at me and said, ‘You gotta get up, and you’ve gotta get out of here, ’cause you haven’t fulfilled your destiny.’ ”

“I realized how people end up in the grave. Because that one moment [snaps her fingers] of just breaking or feeling like I can’t, I can’t go on, it’s too heavy. That was somewhere I don’t ever want to go again.” 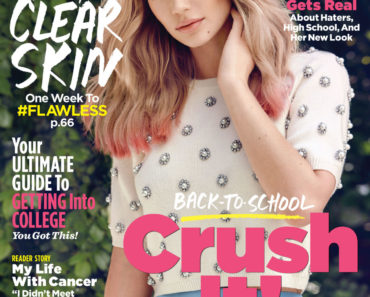