Home
Celebrities
Farrah Fawcett Speaks to Tori Spelling from Beyond the Grave!
Prev Article Next Article

Talk about crazy stuff…why would Farrah Fawcett contact Tori Spelling from beyond the grave...they were neighbors but were they even friends…lol!

“It was pretty surreal,” Spelling says. “We were neighbors for years. She basically wanted me to give a message to [Fawcett’s son] Redmond and to her family and she was doing these very specific call-outs for things that they would understand.”

The incident occurred over the phone with TV psychic John Edward.

“He offered to do a reading with me and I was hoping I would talk to my dad. I’d lost a best friend a long time ago and I was hoping he would come through. And then, all of a sudden, [he said] Farrah Fawcett’s coming through,” Spelling says.

“If it had been some psychic that I’d walked in off the street for five bucks it would have been different. But it came through John Edward,” she says. “He’s a medium, so he channels people. I’ve been to regular psychics that turn over cards, tarot cards, and sort of read your future, that type of thing. But, with him, literally people just come to him and say things that they want the person to hear.”

“I can’t believe she came through to me — the most nonconfrontational person in the world. What am I supposed to do with this information? I’ve actually written a letter to [her partner and actor] Ryan O’Neal and explained to him in the letter everything that happened. I said, if none of this makes sense, please don’t think I’m crazy, this literally happened. I’m just passing on information but it was pretty bizarre at the time.”

I totally believe in ghosts and spirits so I think it can happen. I just don’t know why Farrah choose to speak with her of all people…when she has a book tour to promote! 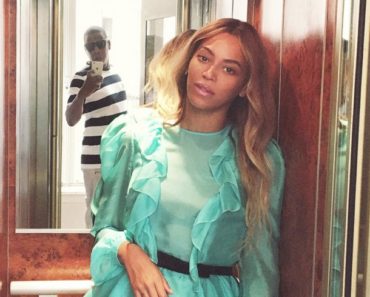