Hayden Panettiere and Mark Sanchez were spotted getting burgers the other day and speculation arose that they were dating and now both have come forward to deny these claims.

According to PopEater Hayden said,

“We are absolutely not dating!” Hayden said at the event at the Cooper Hewitt National Design Museum, where she was judging a competition/art showcase of custom shoe designs from high school students from across the country.

“Mark Sanchez is just a good friend of mine,” the former ‘Heroes’ star clarified. “I’m not dating him. I am a huge Jets fan and I was lucky enough to have friends introduce us but genuinely absolutely nothing is going on. The two of us go out with a group of friends and they cut everybody else out of the picture except for us.”

Then she added slyly, “And if I am lying, you know the truth will come out.”

And according to TMZ,

New York Jets quarterback Mark Sanchez knew the question before we even asked it … and he gave us a straightforward answer — he is NOT dating Hayden Panettiere.

Not only did Sanchez assure us he and Hayden were just friends, he also said he had head coach Rex Ryan’s full support for hitting up the fast food chain In-N-Out Burger with the actress last week.

In a cryptic tease … Sanchez hinted that he would explain the REAL reason he was out with Hayden in the very near future. 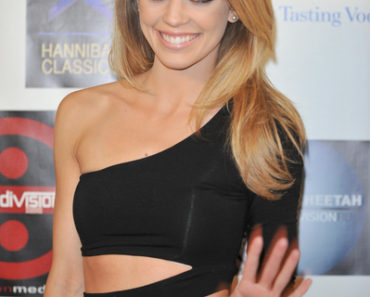