Heidi Montag and her husband, Spencer Pratt have revealed that thye are broke and spent all their money on a failed music career, clothes and cars and have nothing to show for it. Heidi and Spencer now live with Spencer’s parents.

The former cast member of MTV’s “The Hills,” 24, is now broke and living with her equally spotlight-hungry husband, Spencer Pratt, in his parents’ Santa Barbara, Calif. home. In an interview with the Daily Beast published this week, the couple lamented their ploy to turn reality TV stardom into a legitimate career.

“This isn’t a business,” Pratt told the Daily Beast. “That was the big thing I didn’t get: Reality TV is not a career. Anyone who says, ‘Oh, you can have a career in reality’ — that is a lie.”

They also admitted that despite multiple tabloid reports about their break-ups and make-ups, they never actually ended their relationship.

“Not for one minute,” Pratt said. Montag added, “We’ve never even been apart.”

Montag spent millions of dollars on a failed attempt at a music career and more than a dozen plastic surgeries (among them — a chin reduction, a brow lift, buttock augmentation, two nose jobs, two breast enhancements). Pratt blew his bucks on a “million-dollar wardrobe” and “props” like a “a big blue monster truck” that he drove on one episode of “The Hills.”

“I should have known growing up and not having any money ever that I should have kept every dollar that I had,” Montag said. “I thought I was investing in myself and my brand. Like Kim [Kardashian.]”

Now Pratt, 27, will do pretty much anything for money.

“If they called me right now and said, ‘We want you to be on ‘Jersey Shore’ and be a bully, and we’ll bring your paycheck back,’ I’d say, ‘Get me on a plane to Italy,'” he said, referring to his former MTV bosses.

The two admitted they’ve made many mistakes. Montag says her biggest regret is her body. In a November 2010 interview with ABC News, she said she felt like she’d become a prisoner in her surgically transformed figure.

“Sometimes I wish I could go back to the original Heidi,” she said. “I don’t want the biggest boobs in the world and, to be honest, I would take them out and downsize them but I don’t want to go under the knife again. I feel like I’m stuck with them now.”

She reiterated that sentiment to the Daily Beast.

“I got too caught up in Hollywood, being so into myself and my image,” she said. “I don’t regret anything, but if I could go back, I wouldn’t do it.” 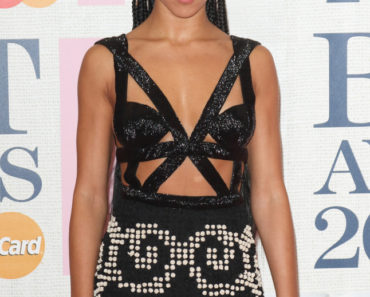