Last week,Â JacquelineÂ Laurita had enough of The Real HousewivesÂ ofÂ New Jersey, but more so Teresa Giudice. Jacqueline started ranting over someone who wasÂ sabotagingÂ another person, later to find out it was Melissa Gorga, but now it looks like Jacqueline could be fired for her Twitter rant against Teresa…she gave away too much info!

Contrary to reports that the brunette babe has quit the Bravo reality series, a network insider tells us Laurita may be departing because she violated the confidentiality agreement in her contract.

The Jersey Girl, an “RHONJ” cast member since the show began in 2009, caused a media ruckus over the weekend by trashing fellow housewife Teresa Giudice via Twitter.

Laurita blamed Giudice for what she called the “setup” of another cast member, Melissa Gorga.

In her tweets, Laurita claimed Giudice put Gorga in an embarrassing situation by arranging for a former employee of Lookers Gentlemen’s Club in Elizabeth, N.J., to “confront” Gorga at a Porsche Fashion show that was being shot for a future fourth-season episode of the series. The show just finished filming its third season, and Bravo will run a “reunion” episode Oct. 16.

Media reports suggest the encounter had something to do with rumors Gorga worked there as a stripper, although her former boss at the club recently told Us Weekly she worked as a bartender.

“She revealed a significant amount of a plot line” for an episode that “has not yet been aired,” says the insider.

That’s not the only issue. Our source also says Laurita broke one of Bravo executive Andy Cohen’s cardinal rules by refusing to attend a taping session for next week’s season-three reunion show.

The source adds that Bravo is “not happy” with Laurita’s behavior, “even if she was upset.

“There are rules. She knows that,” says the insider.”

After initially declining to comment, a Bravo spokeswoman issued a carefully worded statement to us: “Bravo is not firing anyone from ‘The Real Housewives of New Jersey.’ All five cast members will be featured on season four,” read the statement. “No decisions have been made about season five at this time.”

Laurita did not respond to us by deadline, but her castmate and sister-in-law, Caroline Manzo, downplayed Laurita’s threats to quit. She told the Wet Paint website, “Maybe [Jackie’s] in a funk now,” but “in two hours, she’ll be like, ‘Hey, when are we filming next week?'”

I never thought Teresa and Jacqueline would be at odds! 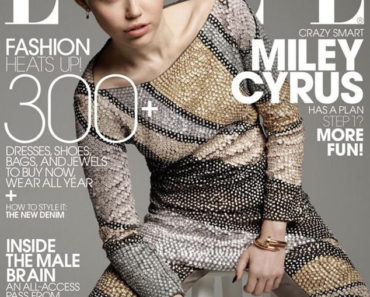