There is drama brewing in the beauty biz!!! There isn’t a week that goes by that we don’t hear about a few beauty influencers and brands that don’t have some sort of drama and this week we have beauty beef courtesy of Jeffree Star (although he says he isn’t mad). It all started over the weekend when Jeffree accused Kylie Jenner and her Kylie Cosmetics brand of copying his silver makeup packaging for her new Silver Series collection what chatting about Kylie’s new $360 Brush kit. The kit has been slammed by fans as too expensive.

Star reportedly tweeted and then deleted, “I gotta know ONE THING… With all that fucking money she’s made, why did @kyliecosmetics use the SAME PACKAGING as my liquid lipsticks that have been out since 2014??? Invest and make something different maybe?” Ouch, but don’t a lot of companies use silver packaging”

Of course, fans and foes alike took to Twitter to air their grievances to Stars, but he wasn’t having it. “Remember when I said I wasn’t mad but people are coming into my mentions acting like I am? HAHA STOP IT! I’m aware other brands have used the same component too. Doesn’t change the question ;).” Star risked getting kicked off of PR lists which award influencers with tons of free products to review or showcase.

I’m not bothered or worried if I’m not on a brands PR list. I’ll buy the products myself and review it if my audience asks me to. End of story.

When them makeup brushes launch, I’ll see if the price tag is justified! https://t.co/S2iO2y6NcL

I would just like to take a second and say one thing: thank you @rihanna for KILLING IT with your makeup brand and showing the industry how it’s done 🔥

This isn’t the first time that Star has had an internet beef with fellow moguls—-he’s gone at it with Kat Von D, Kim Kardashian, and even Too Faced co-founder Jerrod Blandino. We are pretty sure Kylie is shedding tears over this petty beef as her cosmetics warehouse is being affected by the California fires. Some of her employees have evacuated their homes but the warehouse continues to ship out products. Kylie addressed the issue on social media.

“Hi guys, we have been significantly impacted by the wild fires in Southern California, and had to temporarily shut down our facility to ensure the safety of our staff. The impact of the fires has meant that many of our staff members have been evacuated from their homes, and have to relocate their families. Those who weren’t evacuated came back in yesterday an have been working around the clock to get orders out. Our team is incredible and everyone is working hard to catch up and we are doing everything we can to ship orders, while ensuring the health and safety of our team members. Orders are continuing to ship and we appreciate everyone’s patience and support. We will continue to keep you updated! Xo.” 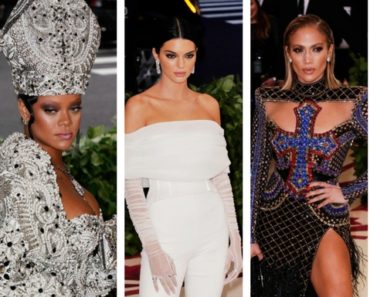