John Mayer Please Keep your crazy thoughts to yourself! This Playboy Interview took you down a dark road!

John apologizes via his Concert and gets emotional!
â€œIn the quest to be clever, I completely forgot about the people that I love, the people that love me â€¦ and as I have begun to do in a wormhole of selfishness and greediness and arrogance, and thinking that if I just continue to be speedy, and witty, and pull together as many fast words and phrases as I could that I could be clever enough to buy myself another day without having somebody pin me down and say â€˜youâ€™re a creep.â€™”

“And drugs aren’t good for you if you do lots of them,” he says, adding, “Yeah, that girl is like crack cocaine to me.”

Crazy Thought #2: Uses the “N” word and has Racist Remarks

“I am a veryâ€¦I’m just very. V-E-R-Y. And if you can’t handle very, then I’m a douche bag. But I think the world needs a little very. That’s why black people love me.”

When askedÂ “Do black women throw themselves at you?”

“I don’t think I open myself to it. My d*ck is sort of like a white supremacist. Iâ€™ve got a Benetton heart and a fu*kinâ€™ David Duke c*ck. I’m going to start dating separately from my d*ck. â€¦I always thought Holly Robinson Peete was gorgeous. Every white dude loved Hilary from The Fresh Prince of Bel-Air. And Kerry Washington. Sheâ€™s super hot and sheâ€™s also white-girl crazy. Kerry Washington would break your heart like a white girl. Just all of a sudden sheâ€™d be like, â€˜Yeah, I sucked his d*ck. Whatever.'”

Crazy Thought #3 Thinks he can just apologize via
Twitter

“Re: using the ‘N word’ in an interview: I am sorry that I used the word. And it’s such a shame that I did because the point I was trying to make was in the exact opposite spirit of the word itself. It was arrogant of me to think I could intellectualize using it, because I realize that there’s no intellectualizing a word that is so emotionally charged.”

“And while I’m using today for looking at myself under harsh light, I think it’s time to stop trying to be so raw in interviews…It started as an attempt to not let the waves of criticism get to me, but it’s gotten out of hand and I’ve created somewhat of a monster. I wanted to be a blues guitar player. And a singer. And a songwriter. Not a shock jock. I don’t have the stomach for it. Again, because I don’t want anyone to think I’m equivocating: I should have never said the word and I will never say it again.” 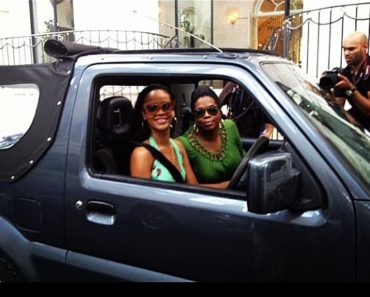