Wow Justin Timberlake must really still care about Jessica Biel because he called her ‘significant person in my life.’ Justin sat down with Vanity Fair and he talked about his past relationships including Britney Spears!

â€œShe is the single-handedly most significant person in my life,â€ Justin Timberlake tellsÂ Vanity Fair contributing editor Vanessa Grigoriadis of recent ex-girlfriend Jessica Biel. â€œIn my 30 years, she is the most special person, O.K.? â€¦ I donâ€™t want to say much more, because I have to protect things that are dear to meâ€”for instance, her.â€

And what about Britney Spears,

â€œI wish her the bestâ€”that goes without saying. We havenâ€™t spoken in 9 or 10 years.â€ The former child star says that most of his and Spearsâ€™s relationship was based on circumstance, but had no chance for the long term. â€œWe were two birds of the same featherâ€”small-town kids, doing the same thing. But then you become adults, and the way you were as kids doesnâ€™t make any sense. I wonâ€™t speak on her, but at least for me, I was a totally different person,â€ he says. â€œI just donâ€™t think we were normal; there was nothing normal about our existence. We spent way too much time being the biggest thing for teenyboppers.â€

â€œIt was exciting that we were having so much success and we could do whatever we wanted. And I mean that about everybody: Backstreet Boys, â€™NSync, Britney, Christina,â€ Timberlake says of his early years as a pop idol. â€œAt that time, we could literally go, â€˜Oh, man, letâ€™s go to Bali,â€™ and weâ€™d be on a plane to Bali. We were little kids with big toys. You do the mathâ€”thatâ€™s not going to last.â€

On a side note is Justin dating Ashley Olsen? That’s what Us Weekly says! th pair having been spotted in NYC hanging out…friends?

One insider close to the pair (spotted together at the Greenwich Hotel, aÂ Saturday Night Live afterparty, two Broadway shows and a polo match outside the city) tellsUs: “They are hooking up.”

Adds another source of the unexpected twosome, who both ended high-profile relationships in March (he withÂ Jessica Biel after four years together, she with actorÂ Justin Bartha after two years): “They’re really trying to keep it on the down-low.”

(A rep for Timberlake denies anything non-platonic, tellingUs: “They are friends. They are not romantically involved.”)

Still, an Olsen source says that the former sitcom kid turned fashion mogul is “aware of Justin’s reputation with women, but…They’re in the same head space.” 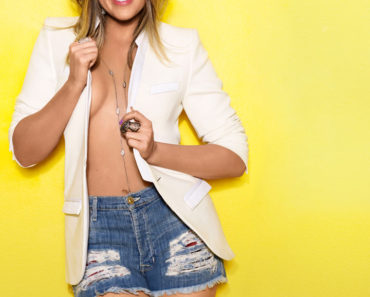