Kenya Moore may not return to the Real Housewives of Atlanta after the shocking fight with Porsha Williams that aired on last night’s reunion show.”We all agree that we don’t condone violence. We’ve become angry with each other, we’ve threatened each other and gone to the edge. But at the end of the day, we know there’s a line,” Moore told the AP pondering her return to the show,”If there are no consequence, then where does it end?”

Before the fight the ladies had been arguing and tensions were high but it wasn’t until Kenya took out a megaphone and accused her of cheating that Porsha really got upset  and and approached Kenya before pulling her hair and dropping her to the floor. Kenya also told People, “There are many inflammatory statements made by cast members to and about each other particularly during the reunion tapings. Many have made untrue, denigrating, disparaging, and inflammatory statements against me in an attempt to provoke me, but I have never reacted in a violent way.” 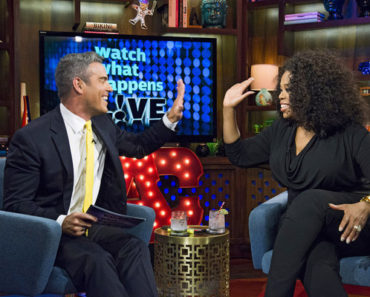