Kim Kardashian was rumored to be moving to NYC, but over the weekend she shot down those rumors claiming that were false and that LA is her home. Suuuure like celebs don’t lie or changeÂ theirÂ minds!

â€œL.A. is my home and I will always live there,â€ the 30-year-old reality princess said at the grand opening of the Wet Republic Pool at the MGM Grand Hotel in Las Vegas this weekend.

â€œTheyâ€™re all rumors, I donâ€™t know where they come from,â€ she said. â€œEither youâ€™re getting married, breaking up or having a baby.â€

Kim recently revealed that she has lasered off her baby hairs around her forehead…would you do that?

If you look at pictures of me from even three years ago, I had like two inches of baby hairs on my forehead.

‘But they weren’t thick enough to slick back, so they were permanently down and I would wax them all the time and now I lasered them and now they don’t come back,’ Kim tells Us Magazine. 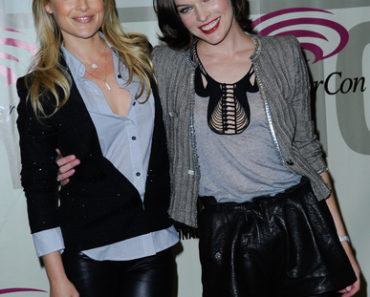