Kirstie Alley had a few choice words for Leah Remini when she stopped by  “The Howard Stern Show” on Wednesday to talk about her new show, “Kirstie.” Kirstie says not only did she not care she had left Scientology, but added that she had not spoken to Leah in years! Howard asked  Kirstie about Leah leaving and bad mouthing Scientology and she replied, “When you are generalizing, and when your goal is to malign and to say things about an entire group — there are tens of millions of scientologists in the world — when you decide to blanket statement, ‘Scientology is evil,’ you are my enemy.”

Kirstie added she had not scene Leah in seven or eight years…but she did block her on Twitter.”She’s a bigot,” said before asking Howard, “If someone was out there [attacking your religion], would they be your friend? They wouldn’t be mine … It’s not selective, I just won’t have people in my life that are [bigots].”

Kirstie…does not hold her tongue!!!

Update…Some paparazzi caught up with Leah who was asked about what Kirstie said and replied…“You know, I just wish the best for people.” 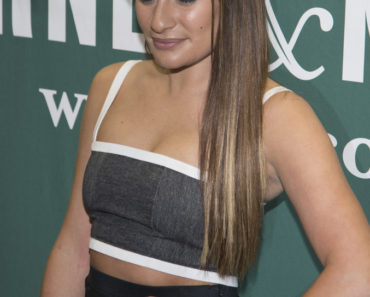