Lady Gaga will premiere her new video, ‘You and I’ on Thursday on MTV (although on twitter it looks like it may be sooner…I don’t know, just speculation) and she plans to make a big announcement…Â excitedÂ what could it be?

Lady Gaga has some news for all her Little Monsters. The Mother Monster herself will sit down with MTV News and Sway Calloway on Thursday night (August 18) during “MTV First: Lady Gaga” to premiere her highly anticipated music video for “YoÃ¼ and I.” And during her live interview, she’s also set to make another big announcement.

After the video premieres at 7:49 p.m. ET on MTV and Logo, it will appear on mtvU, MTV Hits and Tr3s at 8 p.m. on Thursday. And immediately following the on-air portion, Gaga’s interview and fan Q&A will stream live on MTV.com.

“YoÃ¼ and I” is the fourth video off of Gaga’s chart-topping Born This Way. She’s already dazzled fans with high-concept clips for “Born This Way” and “Judas” and then kicked it more lo-fi and old school in her video for “The Edge of Glory,” which co-starred the late Clarence Clemons.

Gaga promised fans that she’ll post a link to the video as her 1,000th tweet. So far she’s posted several hints about the video as she approaches that number. Tweet #993 reads, “Love is a Result. We bare an Unbearable Human Inability: to just ‘be.’ ” It also features a photo of a woman, presumably Gaga, in a white dress, sitting at a piano in the woods. Her next two tweets hinted that the premiere would take place in “Less than a week” and then the accompanying photo was of dirty feet in high-heeled platforms.

Last week Gaga tweeted out single artwork for “YoÃ¼ and I,” which featured her male alter-ego, Jo Calderone. Gaga previously teased that the video would include another one of her alter egos, that of her mermaid incarnation, Yuyi.

Gaga shot the video in Nebraska last month and explained that it is about taking a journey to win back the one you love. “The idea that when you’re away from someone you love, it’s torture,” she said. “I knew I wanted the video to be about me sprinting back and walking hundreds of thousands of miles to get him back.” 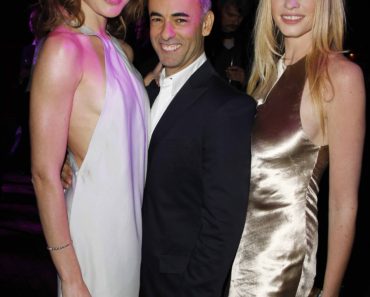