Leonardo DiCaprio and Lady Gaga had a great laugh after the Golden Globes. The twosome who bumped into each other at a Globes after-party and brushed off the hilarious moment. “We were laughing about that afterwards,” he told U.K. show “ITV This Morning” on Thursday. “I actually had no idea who was passing me or what was going on, but that was a funny little bit that went around. We were laughing at it at the after party! It’s amazing what goes viral these days; I guess I’m of a different generation now. I have no idea where this stuff comes from or how it’s even captured!” Ohh Leo!

Well we are happy that’s been cleared up since both were nominated for Oscars…Leo for Best Actor and Lady Gaga for Best Original Song with Diane Warren. They are bound to run into each other again!

Gaga was ecstatic for her nom. “This nomination lends a voice to victims and survivors all over the world,” she wrote on Twitter. “Thank you to THE ACADEMY for recognizing the movement of people who have come together for this film & song in the name of sexual assault. Myself and Diane are simply honored to represent the voices of so many SURVIVORS.” 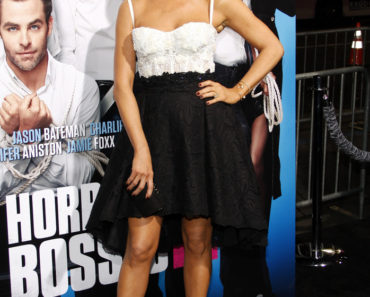