It what seemed to be the longestÂ episodeÂ ever Â ( from 8-11pm) a ton of things happened starting off with NeNe Leakes quitting the show because of her ongoing battle with StarÂ Jones. It did seam to weigh on her heavily! And then Latoya Jackson was fired and the gasp…Star Jones.

At the beginning of the epiosode NeNe and Star had been put on opposite teams since they rearranged the girls and guys teams, but NeNe still quit via text. She was probably tired of it all!!Trump had rearranged teams after StarÂ complainedÂ that she could work with NeNe anymore! That made NeNe furious,

“You can’t just accommodate her … that’s not fair.”

“Mr. Trump bought into her bulls**t and i dont have to stay here and put up with BS to raiseÂ moneyÂ for my charity. The best thing for me to do is just walk away.”

This was the text to end it all,

And this is how Trump responded to the quitting diss…

â€œTo you NeNe,â€ Trump said, â€œI say, youâ€™re fired. And youâ€™re a quitter. Star Jones kicked your a** whether you liked it or not.â€

And then last night NeNe took to Twitter to kinda explain herself,

â€œYour damned if u do & damned if u don’t! It’s great TV 4 u guys but all the things that were happening there wasn’t good 4 me.â€

Do you think NeNe should have quit? 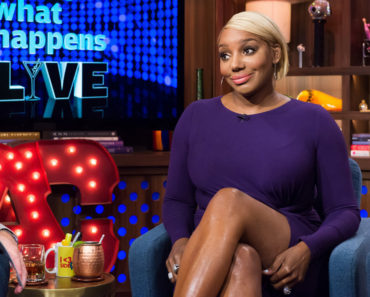