Home
Celebrities
TV Shows/Movies
Paris Hilton Claims She Never Yelled at Anyone at ‘The View’!
Prev Article Next Article

Paris Hilton sat down with E! and explained that she never yelled at anyone when she stopped by The View last week.Â ParisÂ went on to say that she does a lot of charity work and that Barbara took one incident where Paris complained about her community service to question her true intent.

“I’ve known [Barbara Walters] for years, and I really respect her as a journalist,” Hilton said today in an exclusive sit-down with E! News anchor Giuliana Rancic. “I know that she has to ask questions like that. I think she should actually watch the show, then she’d understand more.”

“I think you’re an adorable girl,” Walters, whom Hilton apparently considered enough of a confidante to call from jail, assured her. “You learned a good deal…You said you wanted to spend a lot of time helping fellow [female] prisonersâ€¦I know you’ve raised a lot of moneyâ€¦But why haven’t you done more of that and less of this?”

“I do charity work all the time,” Hilton said. “That’s something my family has brought me up to do, and it’s shown in the show, as well. And I like to have funâ€”I joke around!”

Walters replied that she understood that, but if Hilton was serious about charity work and helping people, “Why not present that side of yourself, if indeed it exists?”

Hilton maintained her composure on the air, of course, but the rumor afterward, Rancic reminded her today, was that she and mom Kathy Hilton were “going ballistic backstage.”

But according to her, that’s just not true at all.

“Those were all rumors…as usual,” Hilton said.

“I think they hadn’t seen the show,” she added. “They had only seen a clip where I’m complaining about my community service…You know, I’m not going to wake up at 6 in the morning and be all excited, ‘Yeah, I’m doing community service!’

“I basically said it sucks, and I was being honest. I think they were offended by that, but I’m not really sure. I think [the so-called feud] was really blown out of proportion. It wasn’t that big of a deal. I wasn’t screaming at producers backstage.

What do you think…did she yell after her segment on The View? 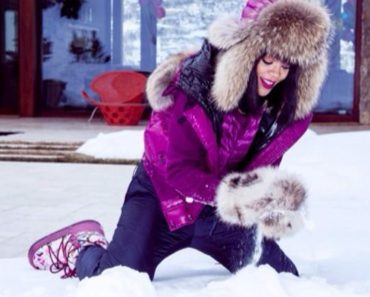