Well-known photographer Terry Richardson has finally addressing the recent allegations that he has sexually harassed and acted inappropriately with models. Richardson took to the Huffington Post to write an open letter writing that due to the nature of an anonymous internet he has become the victim of a ‘witch hunt.’ He adds, “I have never used an offer of work or a threat of rebuke to coerce someone into something that they did not want to do.”

The harassment rumors were reignited by a model who says that Terry acted inappropriate with her. They story showed up on Reddit and went viral after the art student turned nurse’s assistant says she was ok with nudity, but not ok with Terry allegedly taking out his private parts and other alleged acts during the photo shoot. Check out the entire story at Vocativ.

Four years ago, I chose to primarily ignore a cycle of Internet gossip and false accusations against me. At that time, I felt that to dignify them with a response was a betrayal of my work and my character. When these allegations resurfaced over the past few months, they seemed especially vicious and distorted, moving outside the realm of critical dialogue and becoming nothing more than an emotionally-charged witch hunt. Enabled and protected by the freewheeling and often times anonymous nature of the Internet, people have become comfortable concocting hate-filled and libelous tales about my professional and personal lives. In writing this, I make a humble attempt at correcting these rumors, because I have come to realize that absent my voice in the conversation, all that remain are the lies.

When I moved to New York in 1990 to take pictures, a lot of my work was a documentation of my life in the East Village; it was gritty, transgressive, and the aesthetic broke with the well-lit, polished fashion images of the time. My first big campaign, shot in 1994, was a provocative picture of a couple embracing in a bar. It was a shocking image for its time and the first instance a photograph of this nature was used in a major fashion advertisement.

Like Robert Mapplethorpe, Helmut Newton, and so many others before me, sexual imagery has always been a part of my photography. Ten years ago, in 2004, I presented some of this work at a gallery show in New York City, accompanied by a book of the photos. The show was very popular and highly praised. The images depicted sexual situations and explored the beauty, rawness, and humor that sexuality entails. I collaborated with consenting adult women who were fully aware of the nature of the work, and as is typical with any project, everyone signed releases. I have never used an offer of work or a threat of rebuke to coerce someone into something that they did not want to do. I give everyone that I work with enough respect to view them as having ownership of their free will and making their decisions accordingly, and as such, it has been difficult to see myself as a target of revisionist history. Sadly, in the on-going quest for controversy-generated page views, sloppy journalism fueled by sensationalized, malicious, and manipulative recountings of this work has given rise to angry Internet crusades. Well-intentioned or not, they are based on lies. Believing such rumors at face value does a disservice not only to the spirit of artistic endeavor, but most importantly, to the real victims of exploitation and abuse.

People will always have strong opinions about challenging images, and the dichotomy of sex is that it is both the most natural and universal of human behaviors and also one of the most sensitive and divisive. Over the course of my career, I have come to accept that some of my more provocative work courts controversy, and as an artist, I value the discourse that arises from this. I can only hope for this discourse to be informed by fact, so that whether you love my work or hate it, you give it, and me, the benefit of the truth.

Terry is known for his provocative photos often depicting women and men in all kinds of undress. It’s his thing! What do you think of his open letter. 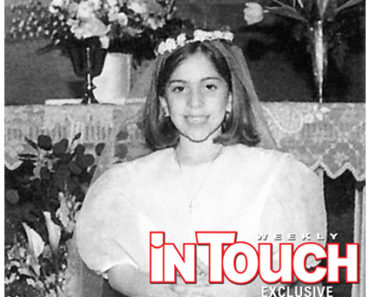