Home
Celebrities
Oh No, is Pippa Middleton a Homewrecker?
Prev Article Next Article

Pippa Middleton is single now and ready to mingle, but she has been hanging with a married man…allegedly! Pippa was spotted chit chatting with British venture capitalist Ben Goldsmith, but he is married with three kids and it would look bad for her sister, Kate due to her royal status now!

All eyes were on Pippa Middleton at the Too Many Women Autumn Dinner & All Saints After-Party on October 13 in Richmond, England. Pippa chatted with pals â€“ and flirted with British venture capitalist Ben Goldsmith, 31. Drinks in hand, the two posed politely for a photo, but didnâ€™t raise eyebrows since both were attached: she to financier Alex Loudon and he to his wife of eight years, Kate.

But just weeks after the event, Pippa and Alex tellingly called it quits â€“ and In Touch can exclusively reveal that her relationship with Ben is what friends think tore them apart.

â€œPippaâ€™s increasingly close and flirtatious relationship with Ben is why Alex must have broken off his engagement with Pippa,â€ says a friend. â€œPippa and Ben are regularly calling, texting and having dinners together. He is having marriage problems, and she is comforting him.â€

Pippaâ€™s sister Kate is furious that Pippa might be pursuing a relationship with a married father of three, since it could hurt not only her sister, but also the royal image sheâ€™s so tirelessly trying to project. â€œKate is urging Pippa to stay away and says this has disaster written all over itâ€¦ Pippa would love to marry a Goldsmith.â€

But Pippa may never get her wish. â€œBen mother, Lady Annabel, would not approve of him ending up with Pippaâ€¦ despite her royal connections, sheâ€™s not from a proper background.â€

Pippaâ€™s behavior isnâ€™t furthering her cause, either. According to a source, the brass at Buckingham Palace have told Duchess Kate that her sister must tame her pursuit of the limelight. But the friend says Pippa has a â€œnauthy streakâ€ and has her sights set on Ben: â€œThere have been a lot of visits between Pippa and Ben. They have become close.â€

Could just be a rumor since Pippa isÂ singleÂ and a very eligible bachelorette! 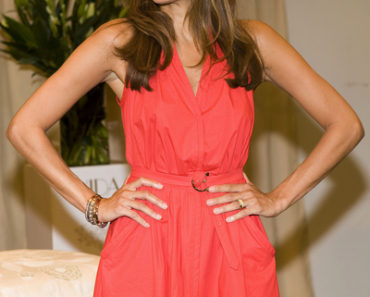