Simon Cowell has split with his lontime fiancee, Mezhgan Hussainy after she became ‘too needy’ according to Simon’s friend, Zeta Graff. There has been long specution that the couple split a while back. Mezhgan has not been spotted with Simon for some time now and Simon was seen on a yacht earlyÂ thisÂ year with two of his ex-girlfriends and Greek actress Zeta Graff. Simon sure isn’t too bummed aboutÂ theÂ split!

Simon Cowell has ditched his fiancee Mezhgan Hussainy after she became “too needy”, according to one of the music mogul’s glamorous gal pals.

Speculation has been rife for months that all is not well between the talent show titan and the make-up artist, who he proposed to in 2010 after they met behind-the-scenes on American Idol.

The exotic beauty was noticeably missing from Simon’s harem when he holidayed with ex-girlfriends Sinitta and Jackie St Clair aboard his luxury yacht in January, when he was joined on the high-seas by 43-year-old Greek actress Zeta Graff.

Zeta, the ex-wife of diamond heir Francois Graff, has now revealed that Simon has given Mezhgan the heave-ho.

Speaking to The Mirror, she says: “Mezhgan was lovely but it was all too much for Simon. As soon as he hears the words ‘stability’ and ‘future’, I think it all became a bit too much.

“She was too needy, but he did try. Simon needs a woman who isn’t defined by him, who has her own career or wealth. Someone who doesn’t depend on him. But he and Mezhgan are still friends.”

Zeta and Simon’s flirting on their holiday sparked rumours of a new romance, but Zeta is adamant she is not the next Mrs Nasty.

She adds: “It was an amazing holiday, we had so much fun. There was a photo taken of us in which my hair was falling over his face. It looked like we were kissing when we weren’t.

“Simon is single and gets offers from women everywhere he goes – but he doesn’t act on it. He might flirt with me but that’s Simon. We’re definitely just friends. There is no one serious in his life at the moment.”

Simon seems as confused as the rest of us at the moment as he recently insisted his relationship with Mezhgan was “somewhere in the middle”.

He explained: “I’m vulnerable. It’s not on, it’s not off, it’s somewhere in the middle. I don’t know if I will ever get married, but I am happy.” 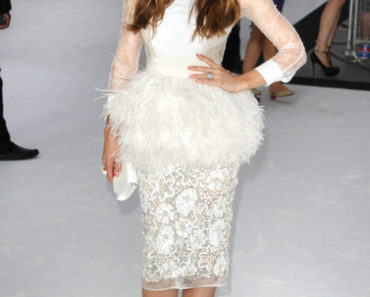