Well ever since Lauren Conrad left the show has been kind of empty and even Kristin and her antics could not revive the show! And I love Kristin…I think it began to be way too fake! Heidi/Spencer were bad at theÂ villainÂ role…actually Heidi was bad and Spencer was great…I think that’s just his normal personality…lol! So the show is ending as I knew it would and I have not even been watching it.

The season finale of “The Hills” in December left a lot of unanswered questions: Will Kristin and Justin Bobby last? Was that really the last time Audrina and Justin Bobby will ever speak? Will Brody actually break up with Jayde? And will Heidi and Spencer ever have a little Pratt? Those questions will become a lot more dramatic during the show’s sixth and final season, which was announced by Entertainment Weekly on Wednesday (March 24).

Yes, the forthcoming season will be the show’s last. “I think we’ve told the story of struggle and of finding yourself in L.A.,” creator Adam DiVello told EW. “A lot of these kids have found themselves and have certainly embarked on different careers and different paths.”

Indeed, many of the events of the past few months find their way into the season, including Heidi Montag’s plastic surgery, the results of which she shows to her mother in the first episode. “We tell the whole story,” DiVello said. “We pick right up where Heidi goes and sees her parents. And our cameras are there that minute the mother opens the door and sees her daughter for the first time.” Executive producer Liz Gateley added, “It’s a really touching but heartbreaking scene to watch.”

DiVello also commented on rumors that Montag’s husband Spencer Pratt had left the show. “Spencer is dealing with some stuff right now, and once he gets through that, we’ll be back to shooting with Spencer again. Bottom line is you will see him. He’ll be in most of the episodes.”

Also in the show’s final 12 episodes, fans will see Audrina Patridge dating singer Ryan Cabrera and Kristin Cavallari contending with rumors of drug abuse. “When Kristin was in Miami for the Super Bowl, there was definitely some late nights for her and some speculation that she might be partying a little too hard,” Gateley said. “So we’re definitely going to cover that part of Kristin. We’re pretty much covering everything you’ve read [about in the tabloids].”

And perhaps most pressing of all, will Lauren Conrad, who left the show in 2009, be back? We’ll just have to wait and see, although DiVello did say: “I always joked it would be nice to see Lauren get married.” 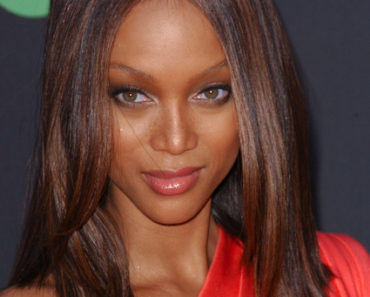