Now that’s a surprise! Kanye West booked Paris Hilton to star in his new Yeezy Season 6 lookbook, now here’s the kicker, she is dressed exactly like Kim Kardashian. How did Kanye get Paris to do this? Haven’t Kim and Paris been on and off friends for years? Remember those images a few months back when of Kim running errands around LA rocking his new clothes—well, Kanye took those images and made clones of his lady love using other women to star as Kim in the exact same poses, clothes, and backdrop. The concept is kinda cool and Paris had fun with it saying, ” So much fun being a #KimClone in the new #YeezySeason6 campaign.” Also in the images is Jordyn Woods, Amina Blue, and Sarah Snyder.

On a side note, Kim came under fire recently for her new hairdo. It all happened over the weekend as Kim began releasing some of the most risque photos she’s ever had on Instagram. She also showed off her cornrow braids, but she dubbed them her Bp Derek braids. And people were miffed that she called them Bo Derek braids instead of just cornrows or the real term— Fulani braids. Kim later responded to the backlash via one of her images, she wrote, “Hi, can I get zero f—s please, thanks,” in the caption. 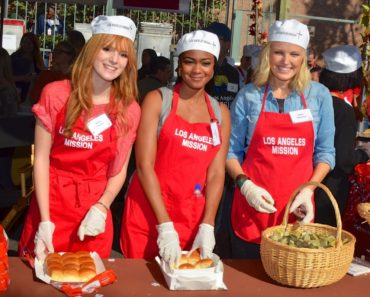