Did anyone else feel jipped when it came to Nicki Minaj and Mariah Carey’s big brawl on American Idol last night. The ‘fight’ was extremely downplayed in the end…and we only got to see a few pieces of what led up to the confrontation, a disagreement on a contestant and I totally agree with Nicki! The audition day began as usual…a little bit of nitpicking between the divas until Summer Cunningham sang the song, ‘Lean on Me’ and Keith Urban got annoyed when she said she did the ‘country thing’ and saying, “I always get thrown when people say they have ‘done the country thing’ … it’s like saying you ‘did the brain surgeon thing’ — either you are a brain surgeon or you’re not.”

Later Nicki who was obviously annoyed by Urban, Carey and Jackson said,  “Why are we picking her apart because of a country comment. I feel like we’re going into, ‘Are you country, are you country, do you like country?’ … You guys make comments about everybody in popular music all day … not you Keith … Randy and Mariah.’

Mariah: “I’m sorry, it’s just that that’s what I do, Nicki. So when I’m making comments, I’m trying to help her, as opposed to just talk about her outfit.”

Nicki: “Let me continue to speak.”

Mariah: “Of course, you always do. Go ahead.”

Nicki: “All we’re actually doing is just scaring her into lying. Like, she said what she said, she has every right to say that and feel that.”

Randy: “I’m just trying to help you a little bit, 30 years of insight.”

Nicki: “Oh, you’re right. I’m sorry I can’t help her. Maybe I should just get off the f**king panel! Let me get off the panel”

Mariah: “That was my move … I was gonna do that the next time she bagged on me.”

At first you would have thought Nicki was upset with Randy’s comment, but as we all saw on TMZ it was about MC. Fight downplayed! Throw us a bone…Anyways the judges did pick on the contestant a little too much! 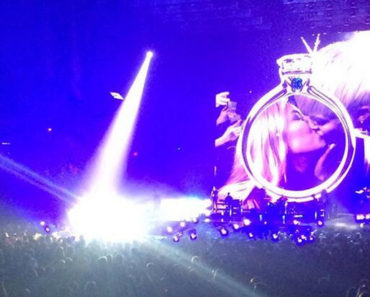