Home
Celebrities
Did Usher Let His Girlfriend Fire Most of His Staff?
Prev Article Next Article

Usher isÂ shakingÂ things up on his staff and it all has to do with his girlfriend, Grace Miguel. He has put her in charge as a co-manager and she told him to get rid of stylists, choreographers and tour managers and to replace them with people she is affiliated with. She even told him to get rid of Mark Cheatham his agent who has been with Usher since the beginning of his career. Why is Grace firing everyone?

The 43-year-old former Def Jam executive who acts as the hip-hop artist’s co-manager and stylist is urging her beau to clear out his staff including stylists, choreographers and tour managers and replace them with her people, an insider says.

Usher’s longtime agent, Mark Cheatham of CAA, is the first victim of his much older girlfriend. Usher, 32, started his career with Cheatham and introduced him to teen sensation Justin Bieber, whom he currently represents.

Cheatham was tight-lipped when we contacted him. “I don’t know anything about it. I’ve been with Usher for a long time,” he told us. “I’ve been on great terms with Usher. Talk to my publicist.”

A CAA publicist never got back to us, but Usher is no longer listed on their client list.

A source close to Cheatham tells us, “Mark is really upset. He’s been with him from the beginning. He thinks Usher will come back, He’s just waiting.”

Usher has a history of mixing business with pleasure. In 2007, he married his stylist, Tameka Foster, with whom he has two children. He filed for a divorce in 2009. When Foster was at odds with his mother and manager Jonetta Patton, Usher showed his mom the door.
Usher explained to Vibe: “[I paid her] the ultimate compliment — to retire her to be a full-time grandmother.”

Now it’s Miguel who’s apparently got his ear. A source told us, “Usher will do whatever she wants him do right now.”

Representatives for Usher and Miguel didn’t get back to us after multiple requests for comment.

This might not be the best thing for Usher… 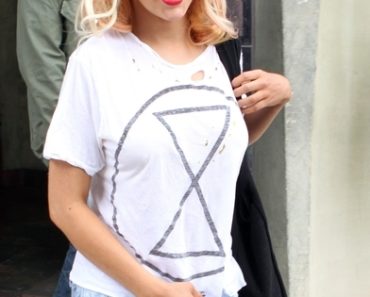