When everyone heard that Lea Michele, Cory Monteith and Chris Colfer were ‘fired’ from Glee it was an uproar and then things calmed when we heard they wereÂ graduatingÂ with a NYC spin-off potential but…Ryan Murphy has shelved the idea for now until next April because of all theÂ misinformationÂ andÂ frustration!

I said two things in an interview: I said, yes, they are graduating and they will not be back on the show for Season Four. And when I did that interview, what was happening was we were asked to investigate doing a spin-off and it was a spin-off specifically for three of them, Chris, Cory and Lea. In March, Brad Falchuk and I started talking to all three of those actors about it because you canâ€™t make people do spin-offs. So, we went to them and asked, ‘What do you think about this? Are you interested? If you are interested, what would you want your character to do? Where do you think we should shoot it?’ So, it was a discussion with all three of those actors about it. At the time, all three of them expressed interest. ‘Yeah, that sounds good. Itâ€™s good to graduate. Itâ€™s good to grow the characters. Itâ€™s good to not have to sit in that choir room. Itâ€™s good to sort of expand and continue the evolution of these people.’ They were involved in the process for 3 to 4 months to the point where we were even talking about cities and relocations and we called Julliard and what would that mean and how would we do it. So, for any of those actors to say, â€˜I found out that I was fired off the show from Twitter,â€™ is absolutely 100% not true. None of them were fired. It was never about that. We were going to do a spin-off where the three of them were going to go on. They all knew what was happening, they all had approved it, they all said they wanted to do it. Some of them had different caveats. Some of them, to be honest, were not thrilled about moving to a different city. Some had families here and some had families elsewhere. I feel sensitive about that. So then what happened was it blew up and a lot of articles were written about it. Some people were writing they’re not on the show so that means they must be fired. Well, no. That was 100% incorrect.

For more head over to Deadline!! 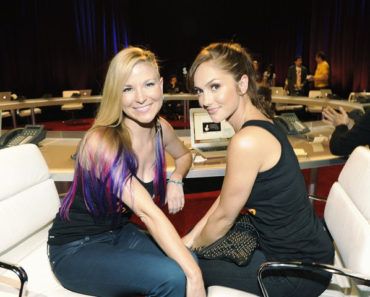